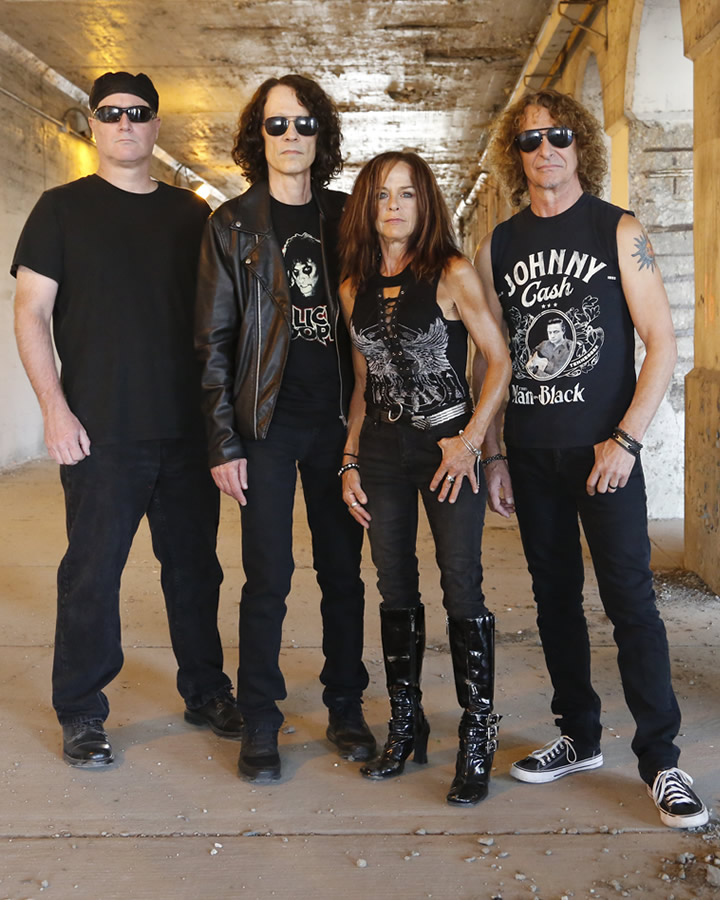 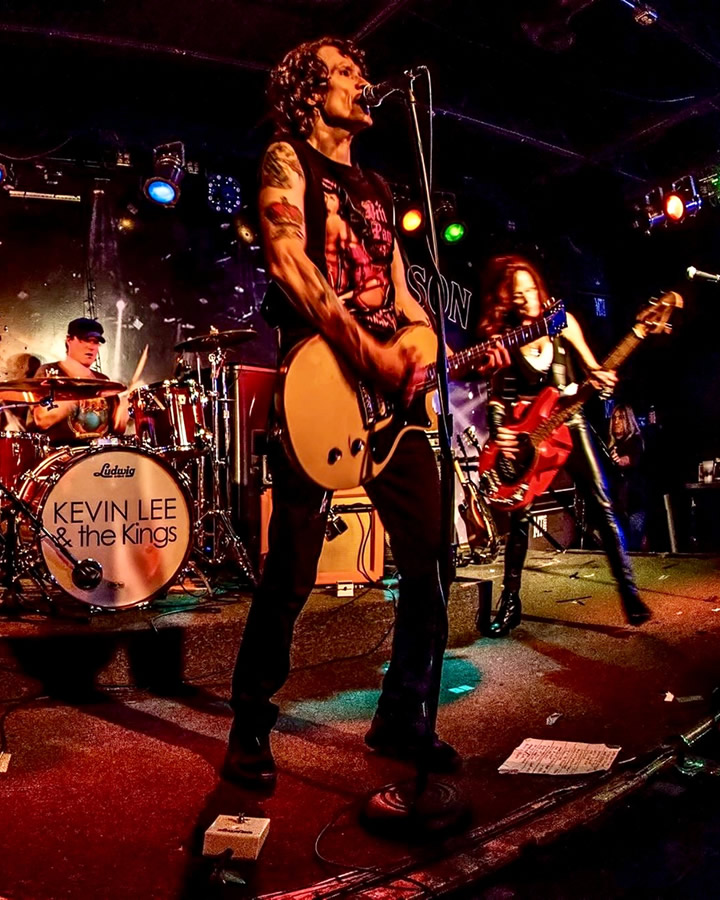 Kevin Lee and the Lonesome City Kings were signed to MCA in 1992, the band's first single "Standing in the Line of Fire" was chosen for an NBA All Stars Video and used in the movie "A Dangerous Woman." Lee released his first solo album "Walk A Mile In My Shoes" in 1998 on Bubblehaus Records. In 2002 Kevin released the critically acclaimed CD "Loaded" on Chicago-based Big Blast Records. In 2006 Lee released "Flip the Switch" on Sigus Records. In 2010 Lee released "Dusk Till Dawn" on Sigus Records featuring his trademark songwriting with big hooks, chunky guitars, and melodies that can't be forgotten. The song "Time Won't Stand Still" hit #1 at WMWX in Cincinnati, Ohio. In 2013 the album "Breakout" was released and Lee was voted one of the best Chicago artist's by the Illinois Entertainer. Lee was voted best new artist by Fireworks Magazine UK in 2007. Lee toured as the opening act playing multiple 20,000 plus seat arenas for REO, Cheap Trick, Pearl Jam, Lou Gramm, and Matthew Sweet. Kevin's song "Tonight" was featured in the 2016 major film release "Spaceman", a baseball odyssey film starring Josh Duhamel and W. Earl Brown.

Raised on Page, Hendrix & Gilmour. Michael played to packed venues night after night with local favorites Madfox. He then went on the release of multiple albums with Bombs Away, Holy Moses, & Dark Star artists Haf Bitten Moon. Opening for such notables as Cheap Trick, John Mellencamp & UFO, Michael brings a lifetime of stage and studio experience to the Kings.

Patti first made her mark with original recording and international touring artist's Bitch who later changed their name to Tough Love. Moving on she worked with Mad Hatter, Decadence, Demolition Dolls, Hag, and Burning Bridges. A true rocker Patti's stage presence and high energy show are a perfect fit for the Kings.

An East coast native Erik got his start in Rhode Island recording albums and playing live with such notables as Broken Arrows, Toadhouse, THUMB, & Catfish Hunter. At this point Strommer decided to move to Chicago in 1996. His mates in THUMB followed and changed their name to EARSHOT. After playing several shows the band called it quits and Erik joined Captain Hero who played high profile gigs like the Metro and Mancow in the morning. After answering a drummer wanted ad in 2007 Erik's been playing his signature groove with Kevin Lee & the Kings ever since. 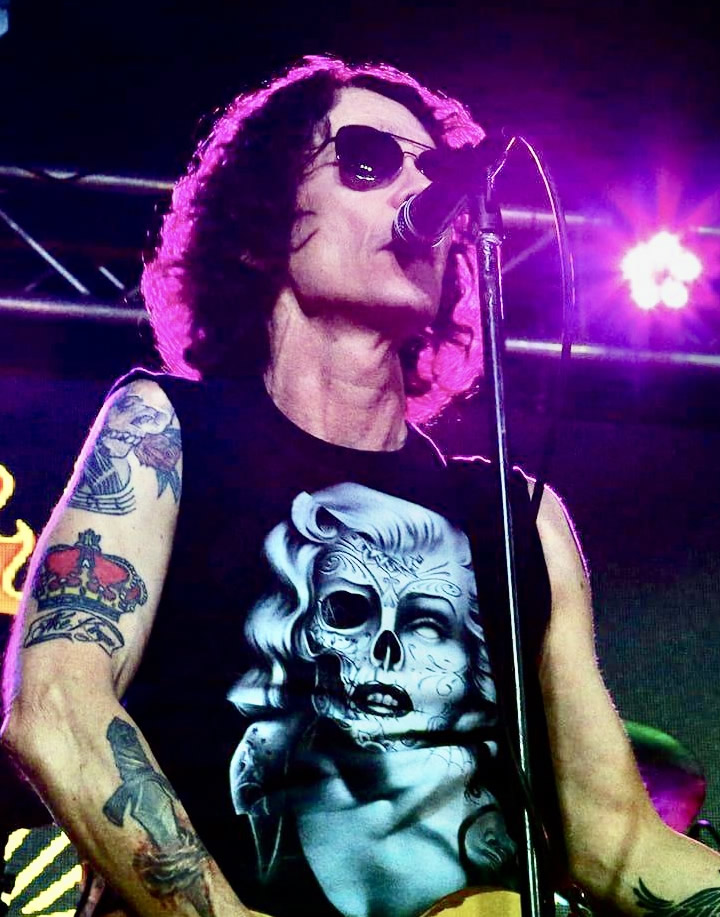 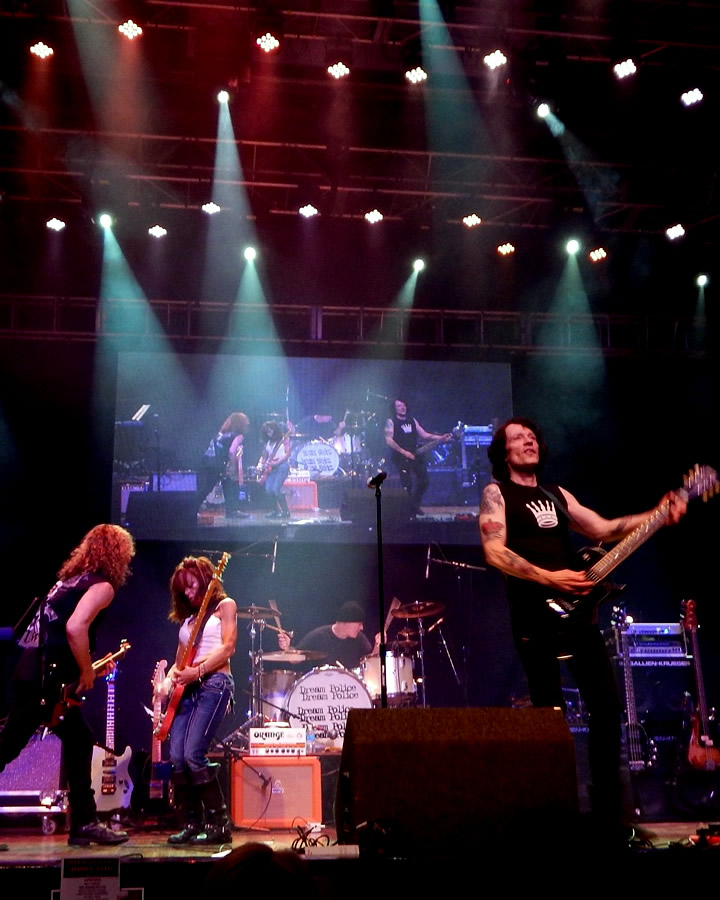 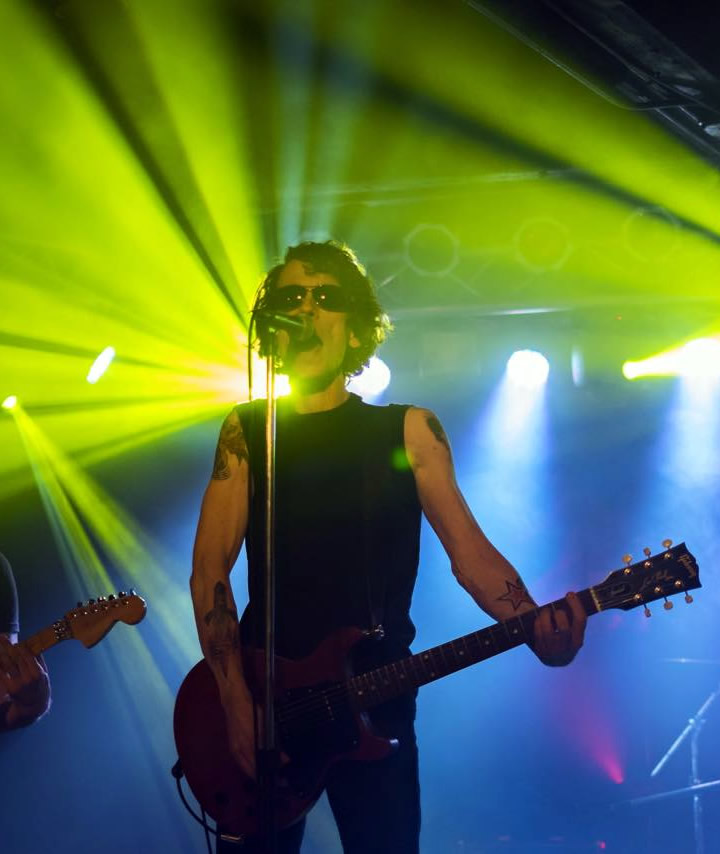 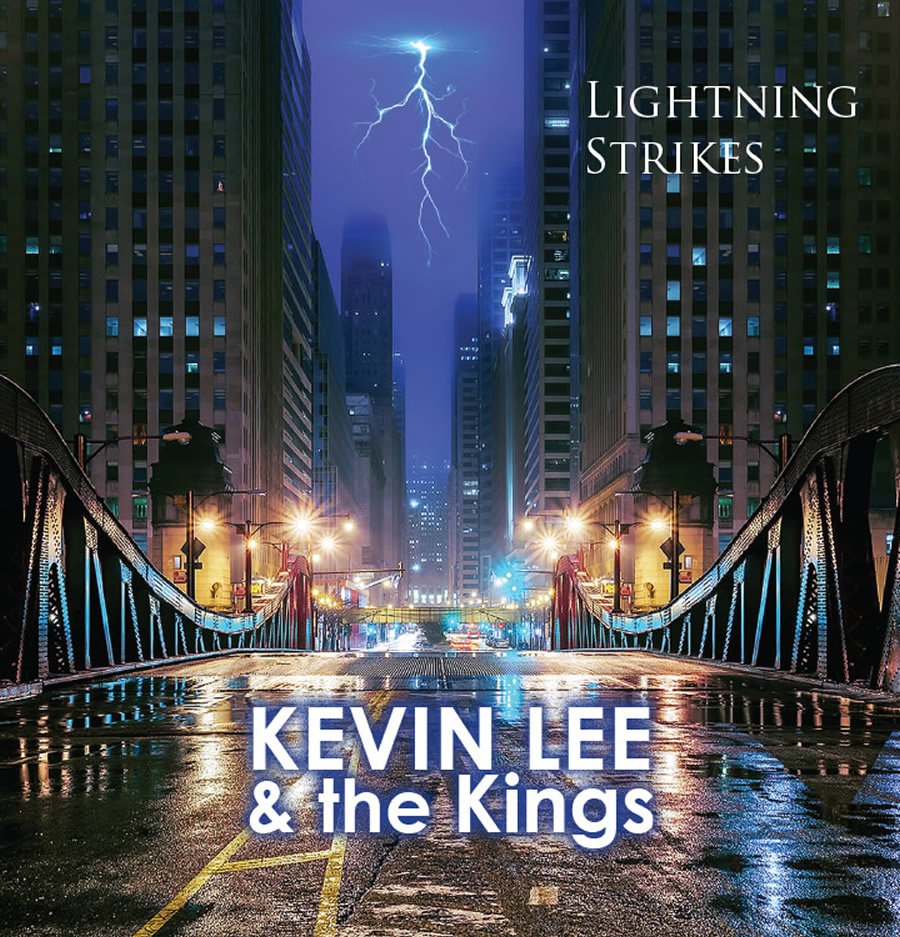 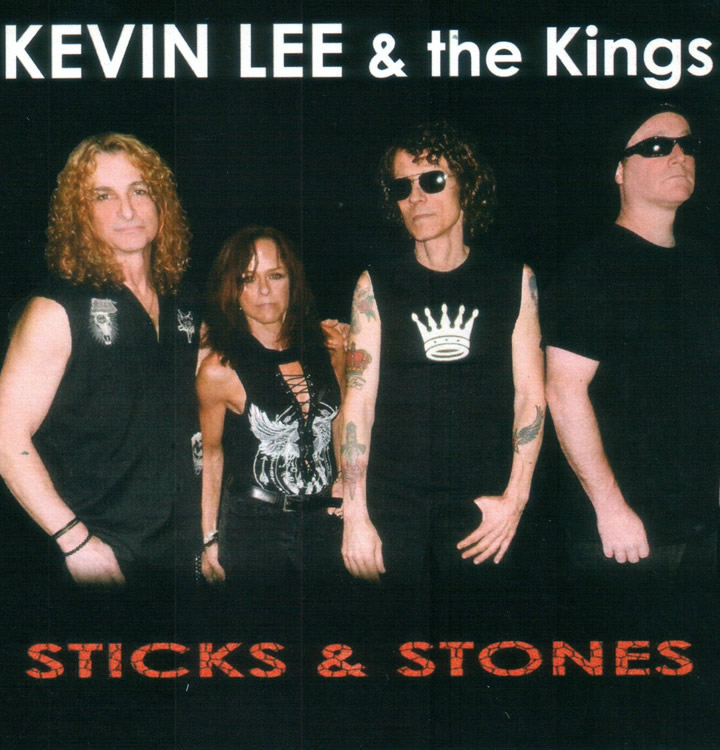 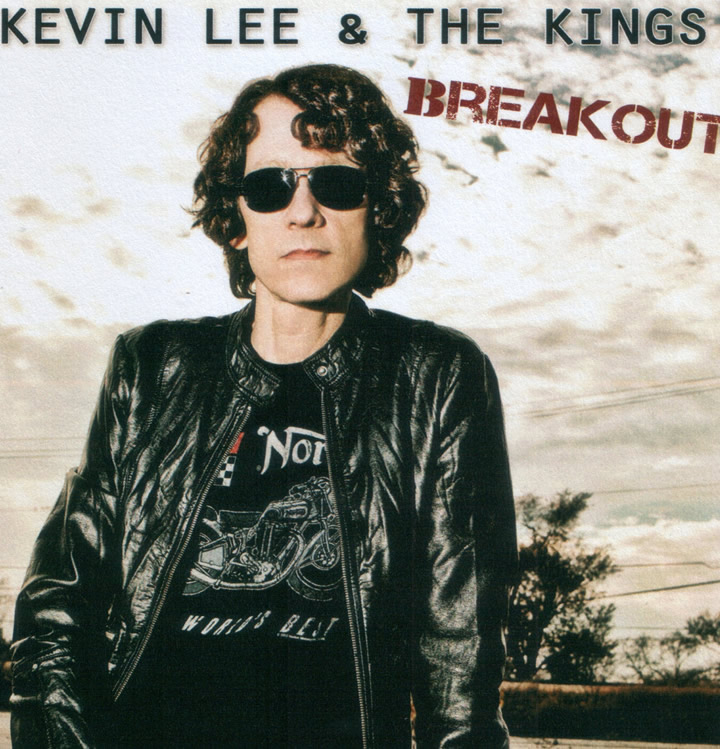 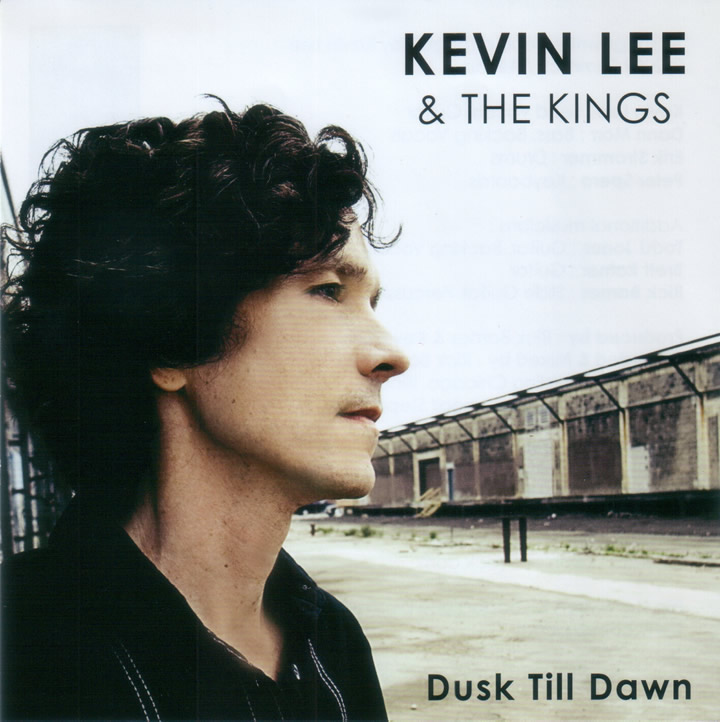 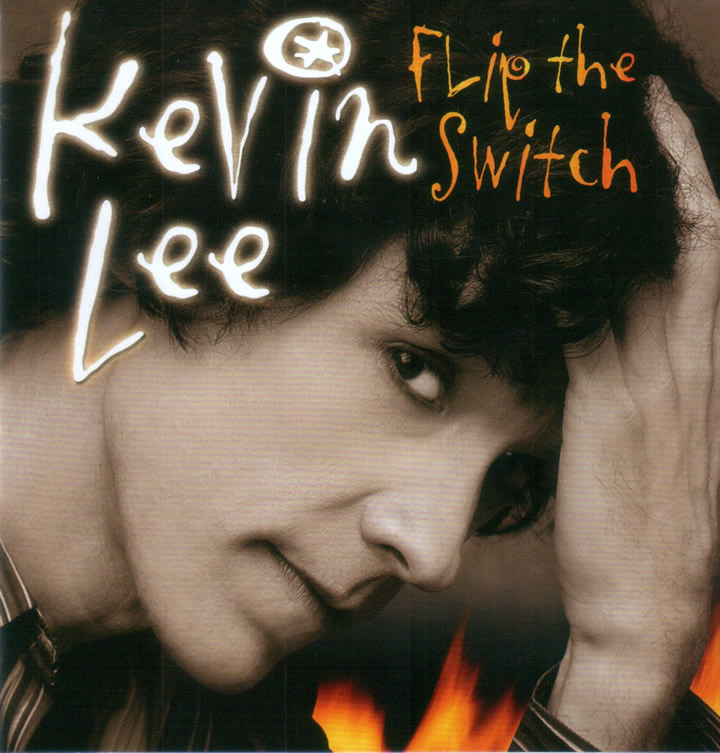 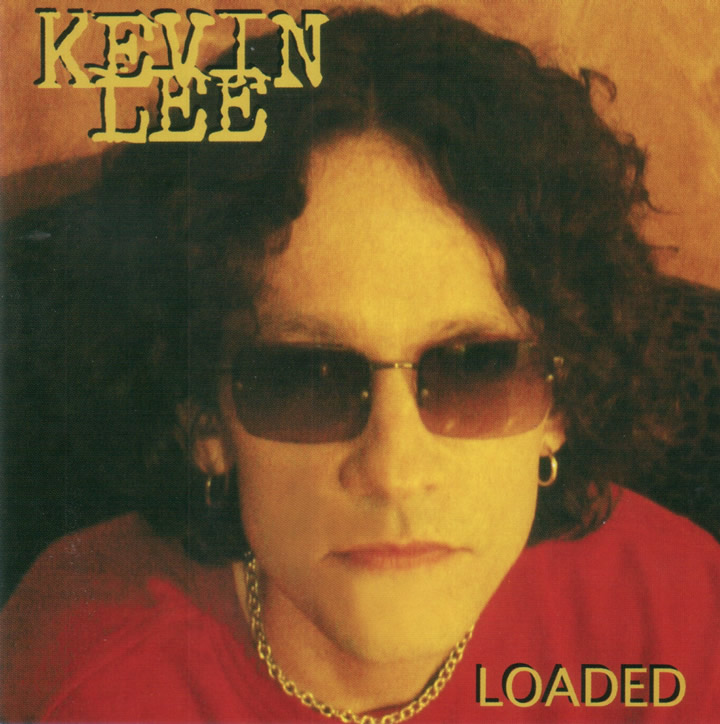 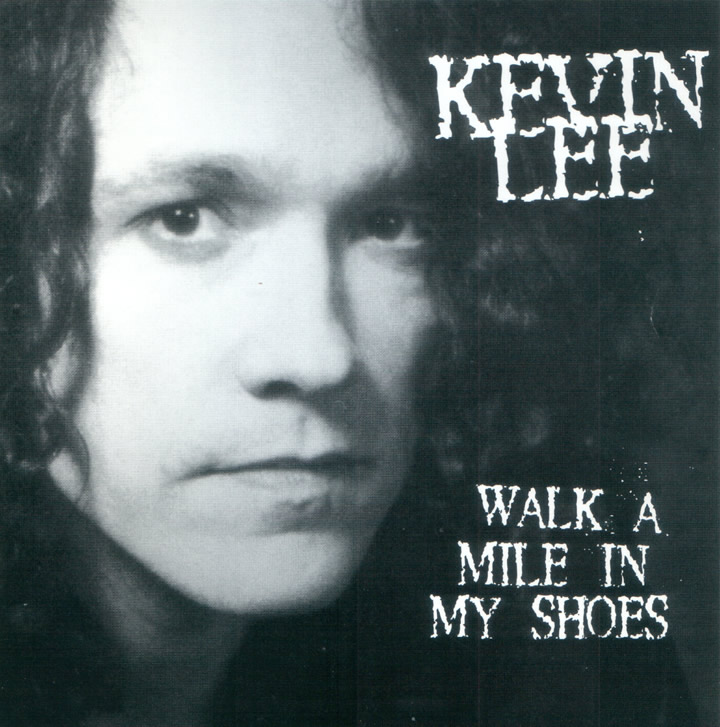 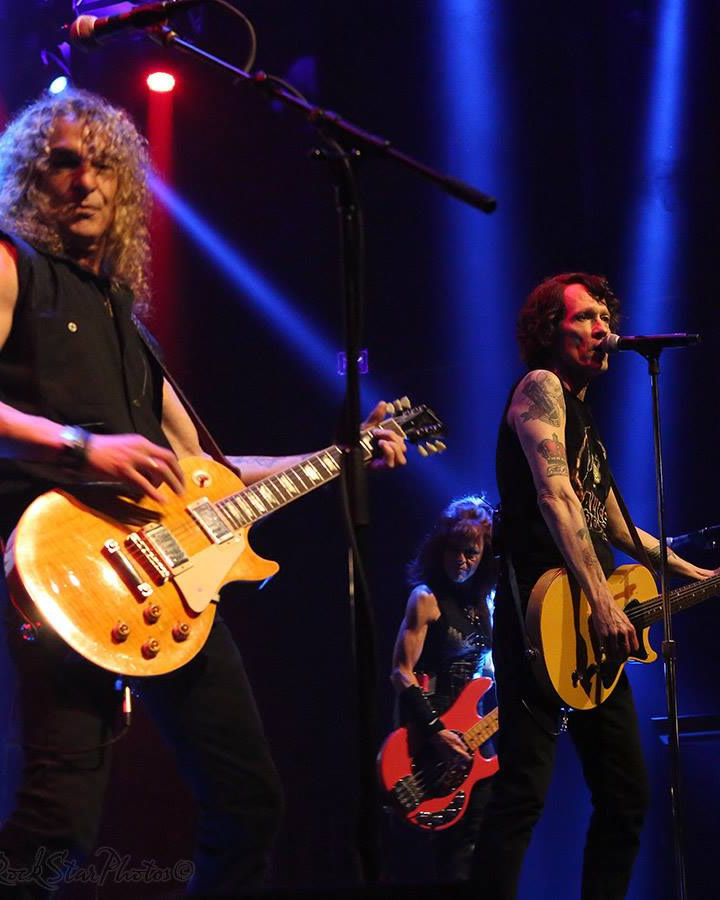 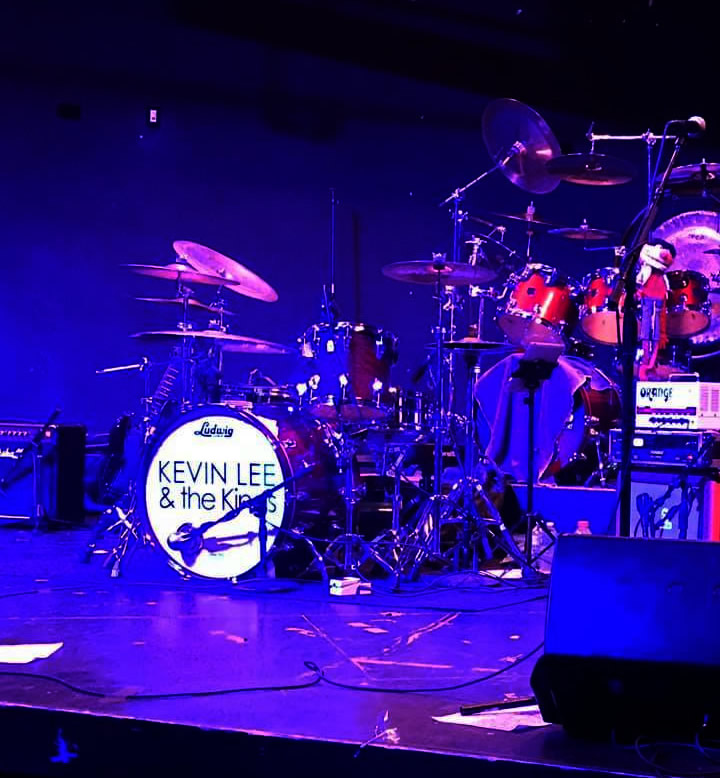 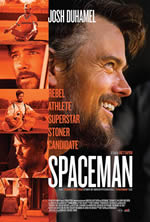 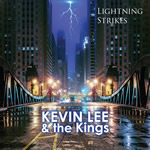 Longtime Chicago-based rocker Kevin Lee's new EP gives fans more of what of they'd expect over a long career carrying a power-pop torch also championed by Cheap Trick, Material Issue, Off Broadway, Pezband, and dozens of other Chicago bands that made their mark.

The first single we discovered (via Apple Music) is a classic, prototypical Windy City rocker "Ruby Red Lips" manuvered by Erik Stommer's chug- ging drums, spot-on harmonies by Patti Pendergast and Michael Kurtz, and ace guitar work from Lee and Kurtz. It's Midwestern pop- rock at its best. "Best is Yet To Come" is another "best of" from the EP, buoyed by additional clas- sic harmonies by The Kings and Lee's message of overcoming obstacles. The anthemic "Miracle" is Lightning's most accessible and radio-ready track, with an infectious early '80s melody yoking serious band harmonies and dual guitar work. EP closer "Wind it Up" dab- bles in harder brit pop territory, while "Smashed to Pieces" has a power metal blueprint not too far removed from and the early MT V-era.

If you love music from Chicago's golden age of power pop with a harder edge, Lightning Strikes should be added to your playlist. 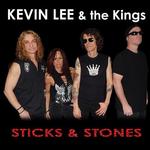 Kevin Lee is one of the originators and survivors from the era of massive major label signings that took place in Chicago in the early '90s when Smashing Pumpkins, Liz Phair, Veruca Salt, Fig Dish and Urge Overkill were scooped up and signed to big record deals. Even though the band had a cup of coffee with MCA records back in the age of Seinfield and Mad About You, he established himself as a songwriter who knew how to deliver big hooks with dueling guitars.

The title track meshes sweet '70s AM radio harmonies with a ripping Angus Young-ish riff from guitarist Michael Kurtz, while "Nothing To Lose" mines the best DNA from Off Broadway. Perhaps Lee's best moment on the record, the anthemic "On Top Of World Tonight" deftly blueprints some of the great power pop that's come from the midwest - Cheap Trick, The Insiders and Material Issue.

Two decades later Lee and the band including Kurtz, bassist Patty Prendergast, and drummer Erik Strommer tackle what they do best on their newest record - power pop in it's purest form, with bit of edge. There's nothing groundbreaking for longtime fans, Lee and the Kings stick to what they know best. As an added bonus, live versions of Sticks and Stones are even edgier than on the record - making the band a great listen both on record and in a live setting. Appearing 10/21 at MT Barrels, Schaumburg 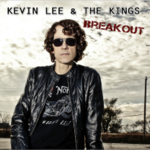 Kevin Lee & The Kings lean on the rockier side of Power Pop with some chunky guitars, big hooks and driving beats pushing the songs forward nicely and are great to rock out to.

The songs on the album are extremely well written and produced to a very high standard and sometimes move at a pace that may make you think the songs are about something other than heart break, however, listening to the lyrics, these are very much songs of loss, love and despair. They say an artist has to suffer for their art, and to produce an album like "Breakout," with its lyrical content, you can only imagine, but as far as producing a top quality album with some really touching, meaningful lyrics, Kevin Lee has certainly achieved that and we have gained an album of songs written with real passion and sincerity, not to mention energy. On "Breakout" Kevin Lee and The Kings create classic, strong guitar rock/power pop with a modern edge. The rebellious "Burn it Down" gives listeners the confidence to face whatever life throws at them. And, from "Gold Digger" with it's quirky low-key verse to the ultra catchy "Too Little Too Late," Lee's songs stay in your head and keep you coming back for more. 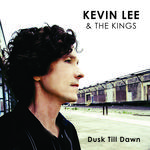 If Kevin Lee & The Kings already sound familiar, that's because the leader was previously in charge of The Lonesome City Kings, who were once inked to MCA. As a guitar-charged rocker that falls somewhere between Rick Springfield and Cheap Trick wrapped around the production of Rick Barnes (Smashing Pumpkins, George Clinton), he's far above the typical indie act and continually connects with gusty ditties. 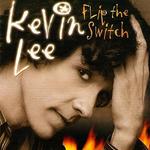 Singer/guitarist Kevin Lee is performing at full power on the aptly titled Flip The Switch. An experienced power pop composer, he packs each of these 10 songs with hooks, and he has the pipes to put them across. Former Thrift Store Halo guitarist Brent Seatter helps fuel the energetic tracks like "Built To Burn" and "She's On Fire." "Won't Shed A Tear," one of Lee's better slow tunes, recalls Electric Light Orchestra. (www.kevinleeonline.com) 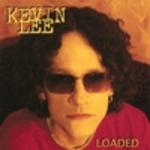 Kevin Lee and the Lonesome City Kings released an album called "Restless" in the early 90's. Well now Kevin is back with a brand new solo album that is filled with great high-quality melodic Midwestern pop/rock with touches of AOR of in the veins of Cheap Trick and Matchbox Twenty. The album opens up with a fantastic rocker ala Cheap Trick called "Where Do We Go From Here", this song has great guitar riffs mixed with brilliant hooklines and melodies that hits you right away. This song gives you a hint what this album is all about. The mid-tempo song "Find A Way" with some Beatles influences mixed and sounds great, it has almost a balladish feel over it. One of the highlights on the album is the romantic ballad "Right Here With Me", this is a wonderful song with superb vocals. This is a modern AOR ballad with class. The straight-ahead rocker "Down" is pure melodic rock heaven. This song has it all, monster hooks, catchy chorus and guitars that won't keep you sit still. The word is AWESOME. "Without You" is a great acoustic ballad. "Shameless" is a heavier pop/rock tune in the same vein as "Down", the chorus is a winner. This is a great modern rock song that should please any fan of the modern rock field. This is a album filled with crunching guitars, catchy hooklines, superb vocals from Mr. Lee and last but not least the melodies are all over this album. If you into the modern pop/rock world then "Loaded" is a album you should check out right away. Many of the songs has radio written all over them.

Kevin Lee & The Kings were named one of 2018's Best Local Artists by the Illinois Entertainer Magazine. 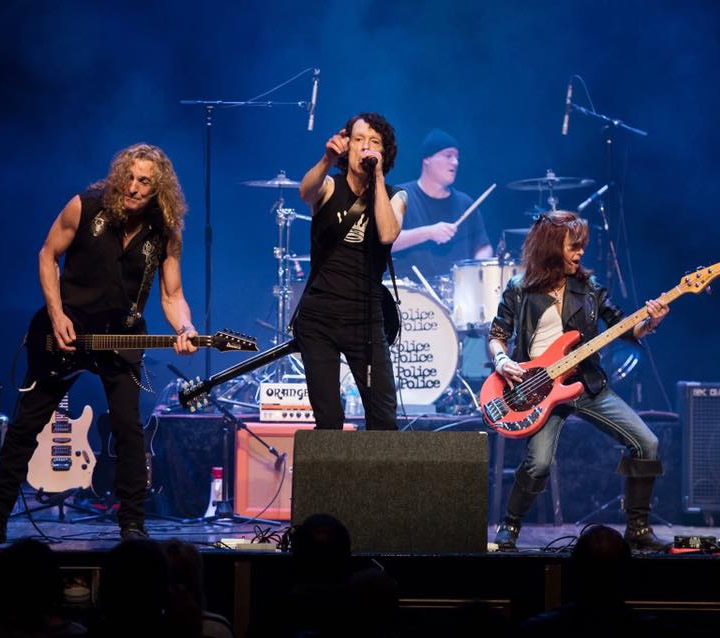 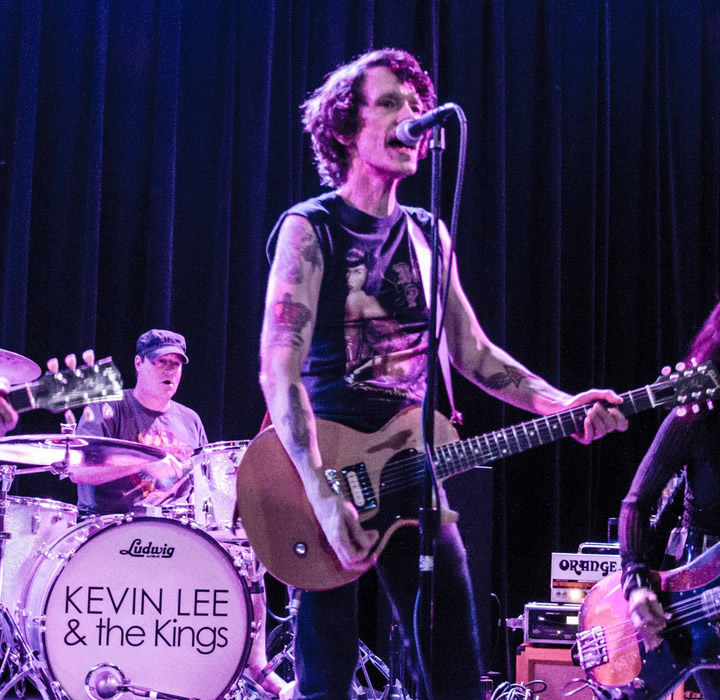 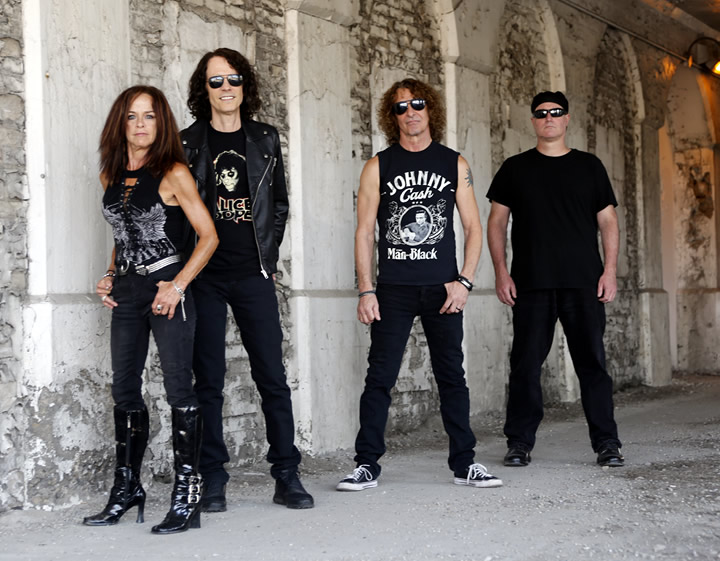 FREE Shipping included on all CD's and T-Shirts shipped WITHIN the USA ONLY. 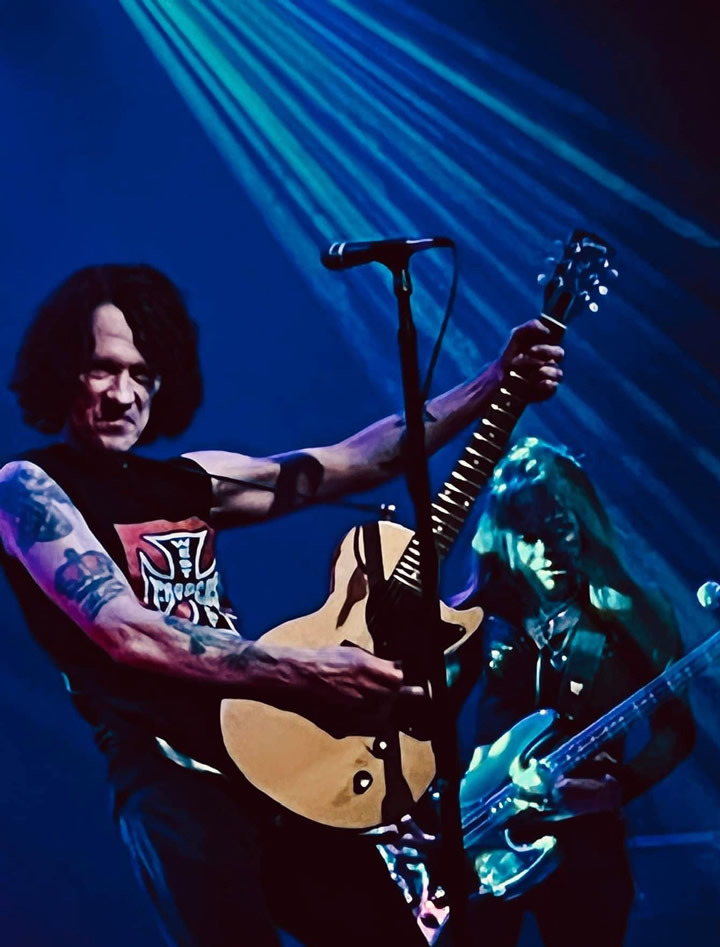 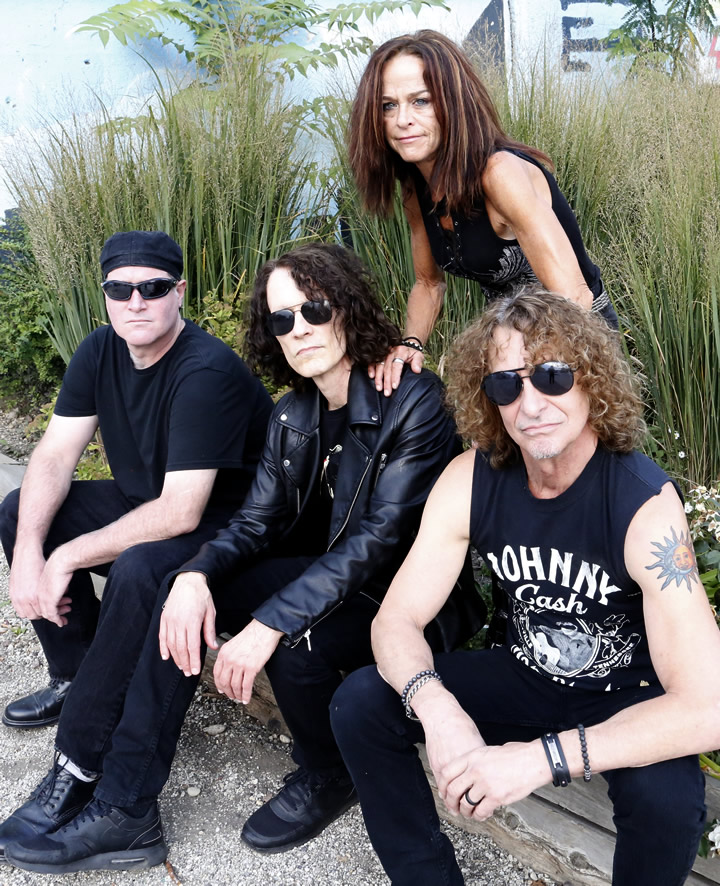